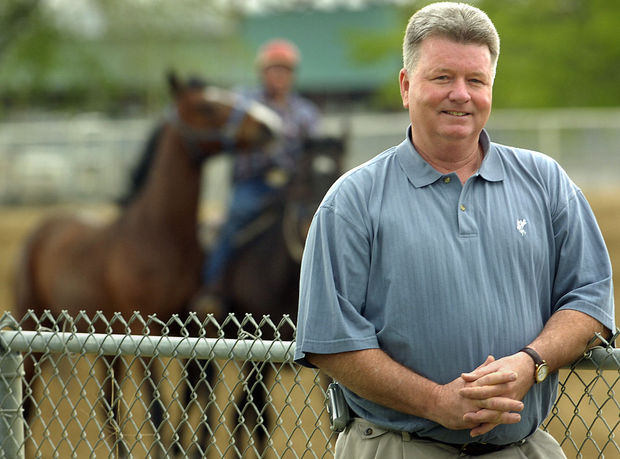 After years of heading horse racing operations in Omaha and Lincoln, Greg Hosch has parted ways with Omaha Exposition and Racing.

Omaha Exposition and Racing Board President Robert Moser Jr. confirmed Hosch’s last day on the job was Friday, but declined to say whether he left voluntarily.

Hosch did not immediately respond to a request for comment.

Hosch, who lives in Millard, was vice president of racing for Omaha Exposition and Racing, as well as general manager of Horsemen’s Park in Omaha since 2008 and oversaw operations at the Lincoln Race Course. He ran unsuccessfully last year for the Legislature’s District 12 seat.

Horse racing has been on the decline nationally for decades. Supporters of Nebraska racing were dealt a major setback in September when the state Supreme Court struck from the ballot a proposed constitutional amendment that would have allowed betting on previously run races. Proponents had said the historic racing machines would have given the industry a much needed injection of cash.

Moser, who also serves on the Nebraska Horsemen’s Benevolent and Protective Association, said Omaha Exposition and Racing is looking for a replacement for Hosch and applications are due by July 10.

Lincoln Race Course in 2013 opened a new facility in southwest Lincoln where fans can wager on simulcast races from tracks across the country. But the Nebraska Horsemen’s Benevolent and Protective Association, which owns the property, has struggled to get the funding to build a permanent race track. Instead they have built a temporary track to allow a single day of racing, which state law requires to allow simulcasts.

A former manager of the Lincoln Race Course, Judd Bietz, filed a lawsuit in March saying he was wrongfully fired in retaliation for reporting Hosch for alleged illegal use of the pari-mutuel betting system. Lincoln police investigated the allegations but no charges were filed.

Leadership of Nebraska’s racehorse industry has seen turnover in recent months. Three members of the Horsemen’s Benevolent and Protective Association, which owns both the Omaha and Lincoln race courses, were voted off the board in April, including then-president Todd Veerhusen.